How to manage chronic pain 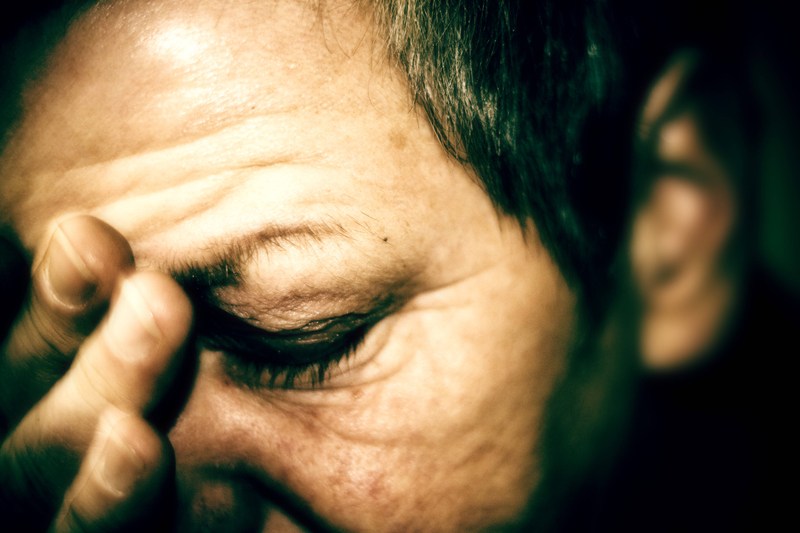 Chronic pain, defined as “pain that extends beyond the expected period of healing,” is a disease that affects brain structure and function. The National Center for Health Statistics estimates 76.5 million Americans suffer from chronic pain.
Though relief can be elusive for many, chronic pain sufferers who also have substance use disorders have even more obstacles to overcome. Some are addicted to the medications that helped them manage their pain, thus complicating both their recovery from the addiction and pain treatment. Recovering addicts who experience chronic pain must find relief without the use of medications that may trigger relapse, yet the constant presence of the pain itself may also, if left untreated, place the recovering individual at risk.
Seddon R. Savage, director of Addiction Recovery and Education at Dartmouth University, notes that treating chronic pain in addicts can be a tough proposition. “Addiction and chronic pain, when they co-occur, are really challenging because addiction really disrupts a lot of physiologic systems, psychological functioning, social and behavioral functioning, in a manner that can increase pain,” says Savage. “In turn, essential treatment of chronic pain usually demands a very active patient role. So if somebody is in the midst of this disrupted lifestyle, it is very difficult to help them get in a position to optimally manage their pain.”

One of the hot topics in research today focuses on just how, why and when pain transitions from acute to chronic and who is most susceptible to develop chronic pain. After an injury, our central nervous system is hardwired to send us signals in the form of pain that tell us to rest our injuries and heal. “The problem is in some people these neuro-plastic changes don’t turn off, they don’t revert back to normal, they become abnormal and they tend to expand and amplify, even after the time of tissue healing has occurred,” says Sean Mackey, chief of the Pain Management Division of Stanford University. “What we’re trying to figure out is what are these plastic changes that are occurring, who is susceptible to them and also, how to reverse them.”
Those addicted to drugs and alcohol may be more susceptible to experiencing chronic pain. “On a neurobiological level, there are certain things about actively using substances that can facilitate or increase pain,” says Savage. “Most people who are addicted are not always in a steady state [of drug use], so when they go into withdrawal, that will often cause increased muscular tension, it’ll cause their nervous system to be on high alert and very agitated, which physiologically, by activating certain neuro-pathways, will increase pain. So part of this is physiologic, but part of it is the behavioral and psychological issues.”
Savage says that science is evolving to better understand the neurobiological pathways associated with both pain and addiction. “It’s really clear that in people who develop addictions and chronic pain—one or the other or both—there’s a higher level of childhood trauma that’s well established in both fields,” she says. “So what does that do to the nervous system? What does that do to neurotransmitters that may make people more vulnerable to either addiction or chronic pain or to both? That’s something we’re looking at.”
One of Mackey’s studies in review takes a look at postoperative patients to determine if there are predictive factors that may indicate who is more likely to develop chronic pain or persistent opioid use. “A lot of those factors have nothing to do with the surgery,” says Mackey, “but instead, what you bring to the operating table. Preexisting psychological factors play a huge role in whether a person is going to persistently use opioids or have persistent pain after surgery.”

Hope on the Horizon

New understanding about brain function and pain has given rise to studies that underscore the similarities between the two disorders of chronic pain and addiction and may influence how we manage both.
Mackey is researching virtual reality and real-time fMRI to map brain functions that will give pain sufferers the ability to literally control their own gray matter. “We put people into a neuro-imaging environment where we can, if you will, hold up windows into people’s brains and see where brain activity is occurring,” Mackey says. “We can feed that signal back to the subject, and they can work on modulating their own brain activity in real time. Think of it as going to the gym and working out a particular muscle.”
He’s also working on a study measuring the efficacy of utilizing transcranial magnetic stimulation (TMS) to control pain. TMS is an FDA-approved treatment for depression that uses portable magnets to activate different regions of the brain.
Not to be magnetically out-maneuvered, David Yeomans of Stanford University’s Department of Anesthesia also serves as chairman of the Scientific Advisory Board of a company currently testing the use of targeted magnetic fields that can inhibit areas of the brain responsible for the pain experience. Yeomans speculates that other areas of the brain might be able to be manipulated using such technology to influence complex brain behaviors such as those seen in addicts.

But it Hurts Now

These innovations may be promising, but even therapies in the later stages of development will take years to become available to those suffering today. “The process of getting a drug or a treatment from discovery to a patient takes a tremendously long period of time,” says Mackey, but he’s optimistic about rapidly advancing drugs and therapies that will help treat chronic pain, and science’s new perspective on mind-body approaches that have been around for centuries. “We’re seeing a number of these approaches that have been around for thousands of years that are now being subjected to close scientific scrutiny to understand how they work and then hopefully to suit them up,” he says.
As far as advice on immediate chronic pain management, the experts seem to swing in favor of a multidisciplinary approach. Says Mackey, “There’s the recognition that pain involves not only a biologic phenomenon but also a psychological and a social phenomenon and that teams of people from different areas of expertise working together have really demonstrated the best results.”
For the sufferer who is addicted to opiates, it is especially necessary to treat both the pain and the addiction simultaneously. “A team of professionals can successfully address any and all comorbidities,” says Barbara Woods, executive director of Casa Palmera in Del Mar, Calif. In an interview with Addiction Professional, Woods stated: “Treating only the chemical dependency while ignoring the chronic pain problems that paved the way for that dependency does not provide a favorable long-term prognosis. In fact,” she says, “many patients served only by traditional chemical dependency programs without a pain management component often will leave the treatment program early, signaling the ineffectiveness of such an approach.”
Savage adds, “Addictive disease should be identified and addressed early in the treatment of chronic pain. Although some patients with pain and co-existing addictive disease initially believe their chemical dependence is a product of the pain, in fact most patients find that their pain and associated symptoms are improved following treatment of addiction.”

Jacque O’Rourke is an editor living in Miami.