Natural High: Float your cares away in a deprivation tank 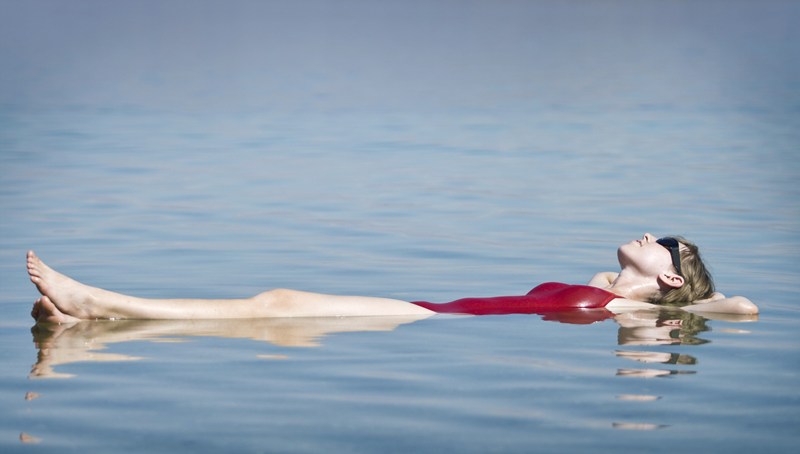 Stroll down the endlessly entertaining Venice Beach boardwalk, and you can’t toss a seashell without hitting a drinking establishment or being besieged by offers of “medical” marijuana. Fortunately, those dedicated to a substance-free life can find better choices for releasing their worries and improving their psyche. They can, for example, float.
Although the Pacific Ocean is an option, a more controlled environment is Float Lab. Tucked quietly into the corner of a modern shopping center right off the boardwalk, Float Lab offers a rather exceptional by-appointment experience at an incredibly average price.

For just $40, you can spend two hours suspended peacefully in a powerful salt water and oxygen solution. Float Lab offers two lightproof and sound-resistant flotation chambers, each heated to around 95 degrees and filled with 1,000 pounds of dissolved Epsom salts prior to each individual session. A specially prepared ozone and UV disinfecting sanitation system also purifies the solution on a highly efficient level.
Lowered blood pressure, increased endorphin levels and deepened states of meditation are just a few of the benefits you might enjoy during a session of floating in this completely weightless, pitch-black environment, and each person’s experience varies.
Some people report falling asleep and experiencing incredibly lucid dreams while floating.
Others say that flotation therapy offers the purest, most fully actualized experience of present-moment awareness and an encounter that replicates what we all felt while nestled safely and snugly in our mother’s womb.
When I first sat down in Float Lab’s waiting room, I saw a participant emerge looking as if he’d been reborn, like something out of The Matrix (minus the pink gelatinous goo and unsightly wires). “That was great!” he said. “That was fantastic!” I had a similar experience. Shortly after I lay down in the darkened chamber and settled into a comfortable floating position, I felt an overwhelming sensation of peace and presence. I found myself smiling widely and soon began practicing some deep breathing techniques I had learned from my yoga and meditation practices.
A calm, freeing sensation enveloped me during the session and stayed with me well into the next day.

Float Lab is just one of many emerging flotation therapy centers, if not one of the most well-established. Of course, like anything else, flotation therapy is not entirely new. American neurophysiologist and psychoanalyst John C. Lilly developed the first isolation tank in 1954, and flotation tanks were installed in a number of U.S. clinics, as well as several across Europe, not long after. The treatment never gained anything close to mainstream success, likely due in part to cost, space and maintenance issues (each one of Float Lab’s tanks costs more than $20,000 just to build and requires diligent maintenance prior to and after each treatment).
The man who opened and operates Float Lab, a deep and mysterious gentleman who goes only by “Crash,” told me before my immersion that the flotation chamber “takes gravity out of the equation, in that your brain is not being used for gravity navigation.”
This in turn allows you to exist in a state of heightened present moment awareness, void of the many multi-sensory stresses of modern-day life. Crash, who also builds chambers for home use, told me that he was able to essentially reprogram and wire his brain for less stress and more present-moment awareness through several sessions in his own chambers.
Much of the research on flotation therapy corroborates these claims. Many believe that the stress, conflicts and behaviors of our daily lives become ingrained in us on a very deep and often energy-depleting level. By isolating the individual in a weightless, darkened environment, away from his or her addictive or maladaptive coping mechanisms and the many stressors of modern life, flotation therapy helps break down one’s neurological ruts and allows the mind and body to regenerate without interference from the outside world.
The body has nothing to react to; therefore, the levels of stress hormones, such as epinephrine, adrenaline and cortisol, are reduced. Meanwhile, natural painkilling hormones such as endorphins increase, which creates a state of deep relaxation and peace. This release of endorphins while in a flotation tank can help to not only alleviate stress but also manage chronic physical pain.
Personally, I noticed a lot less pressure on my problematic back and neck, and the entire experience has me looking into flotation tank options in my hometown It sure beats my old habit of getting tanked!

Dylan Barmmer is a recovering writer, poet and performance artist and a regular contributor to RenewEveryDay.com.