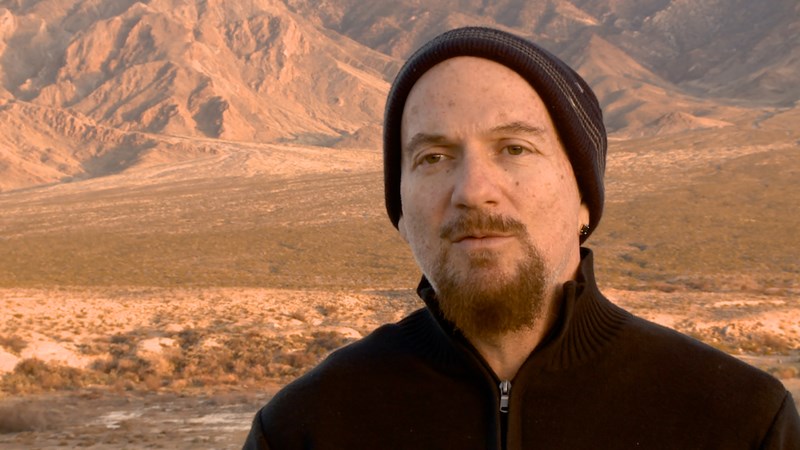 Evan “Bullet” James came from a fractured child. Once an all-city athlete, James got sidetracked by a street gang that ran the neighborhood near the school he attended. His life quickly spiraled out of control, and he found himself living in a gas station bathroom. After almost dying from his cocaine addiction, James walked into the nearest church where he walked into, miraculously, a Narcotics Anonymous meeting.

Today, James is the addiction expert and star of A&E’s new groundbreaking series The Extractors. The ex-con, gangster and recovering drug addict (he is almost 29 years clean) has more than two decades of experience leading extreme drug interventions. A UCAL-accredited drug counselor, certified intervention specialist and motivational speaker, Bullet devotes his life to saving others from the fate he narrowly escaped. 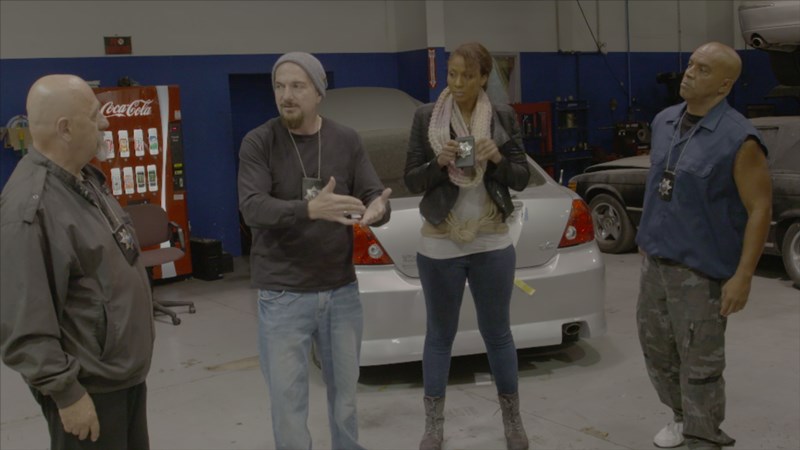 Unlike standard interventions that take place in a safe and planned location with family and close friends, the extractions can take place anywhere, anytime, and the team of extractors never know what or who is behind the closed door housing the troubled individual. Extractions are used when individuals are in dangerous, life-threatening situations and must be taken out of harm’s way immediately—the making of the perfect reality TV show.

But for James, the TV show isn’t about getting famous. It’s about saving lives. Renew sat down with James to talk about his background, his extraction philosophy and his new TV show. New episodes of The Extractors air at 3 p.m. ET/PT Sundays on A&E.

Renew: What does being an extractor mean to you? What’s your extraction philosophy?
Even “Bullet” James: There is hope for anybody as long as they're still breathing. I don’t agree that a person has to want to get help at the moment the extraction takes place. I do believe that eventually they have to want help for themselves, but I’ve seen it hundreds of times where there was resistance at the point of extraction, but once the person got into treatment and connected with the right person in the facility, that desire to be clean can happen later on, too.

Renew: Why are ‘extreme’ drug intervention services more effective than other forms of intervention?
EBJ: Mine was extreme by my own making. I got myself out by wandering out of this bathroom on Oct. 26, 1987, spitting up blood from smoking so much cocaine, asking God to please let me die, only to then realize he wasn’t letting me die. I wandered to a church, thinking I’d get closer to God. I did. There was an NA meeting going on. They took me in and gave me coffee and warmed me up. My prayers had been answered. That was my awakening into being clean.

In working in the field and being a counselor at the Betty Ford Center, I saw something I felt was missing and I still feel is missing in many ways. That is the authentic connection that happens in recovery, especially in treatment. I felt like, on one hand, it can be very buttoned up. On the other hand, it might be too much jailhouse mentality. I felt there were these 18- to 25-year-olds that weren’t fitting in and that maybe I could develop something that would get their attention but was also loving and therapeutic. That was how extreme intervention morphed for me.

Renew: What is it like having a reality TV show? How has that changed the way you do your job?
EBJ: My motivation in doing the show was always to make sure that families and kids that normally wouldn’t get help could get help through our services and getting scholarships for treatment. A&E was magnificent at accomplishing all of that. They helped organize scholarships with fine treatment facilities for these youngsters so they could receive treatment. Having said that, there were so many families reaching out for help because they knew of the show.

For us, we’re a nonprofit organization is called TAPS. We’ve been in existence for more than 20 years. Tony Pallotto is my partner. One of the huge motivations, besides helping these families, was also to raise awareness for TAPS. We’re running on fumes. We have 38 cases of families that are basically committing suicide on the installment plan. TAPS only has money to answer the phone and have a website going. If we had millions of dollars, all of that money would be used for these kids getting treatment. Out of anything, that’s the most frustrating part: There are so many families we want to help, but we can’t help them all. 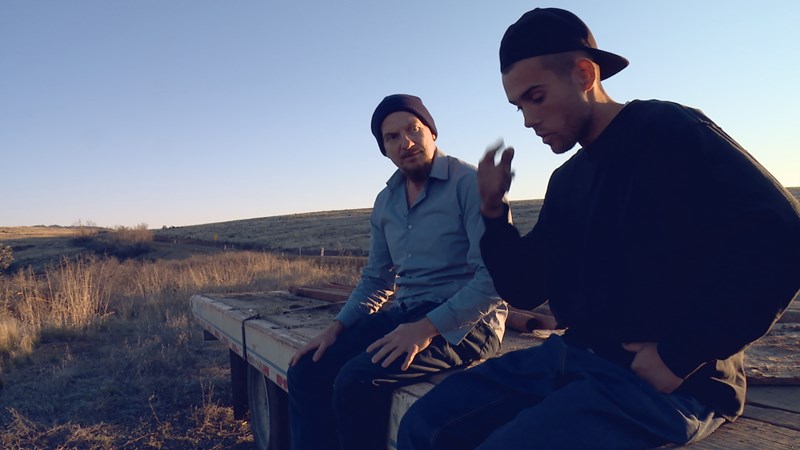 I feel that there is an epidemic of young people dying from drug addiction. Everybody talks about wanting to do something to turn the tides. Certainly, providing treatment as opposed to punishment is a good step. But what about organizations like ours that are more mom and pop. We’re going into the street and saving these kids, yet we’re an unfunded nonprofit. We’re an overlooked commodity.

Tony’s son and brother died from heroin addiction. My sister, Valerie, died from heroin. We’re not in this because we wanted to do a reality show. We’re in this because we don’t want other people's sons and brothers and sisters to die when they don't have to. We can go out into families before the other shoe drops so they don’t have to feel that piercing pain. For me, Val was my best friend. More than my sister, she was my best friend. The fact she’s no longer here because of her addiction… Maybe if we were around when she was struggling, then maybe…  We can make more of a difference than we are.

Renew: How many interventions have you been a part of?
EBJ: I’ve been in the field for 23 years. I’ve been doing interventions almost from the beginning. In 1997 is when things really took off. What we’re looking at is more than 1,200 interventions we’ve facilitated.

Renew: Can you tell me about one or two of the interventions that stick out in your mind the most? Why do they stay with you?
EBJ: One was on Episode 3 of The Extractors with a young lady named Taylor. Her meth habit was one of the worst I’ve seen in all my years, to the point where this poor little girl—and she is a sweetheart—had pulled out all her hair. She had been in and out of the hospital so many times. By the time we extracted her, she was probably 75 pounds. We had to have a nurse on board for the transport to the facility. To see somebody so broken, spiritually, physically, mentally, and at her darkest moment to find connection. In that moment, for us to connect with her and for her to, in that state of mind, understand we were there to help her and to have this magnificent journey and to bond with her and for her to complete treatment… It’s something you feel good about. 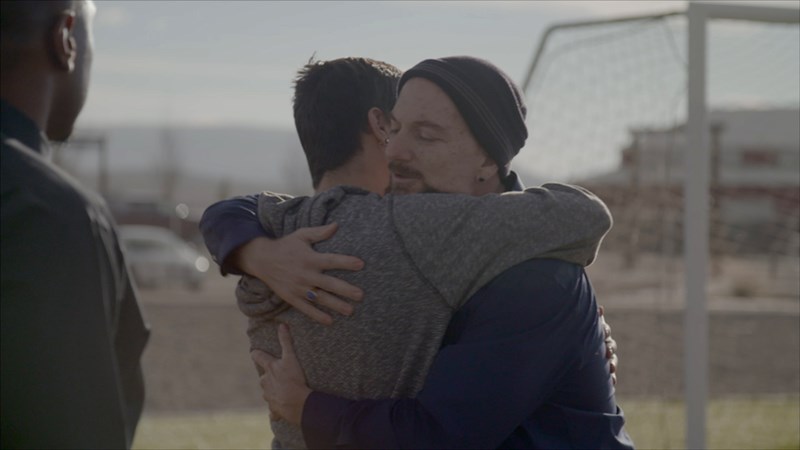 For more information about TAPS and how to support the work James and his team of extractors are doing—even when the cameras are off—visit the TAPS website.

Kevin's Story
How To Help An Addict Get Help
The Interventionists