Interview with the Author: Gabor Maté

We caught up with Gabor Maté while he was on holiday on Hornby Island, British Columbia. 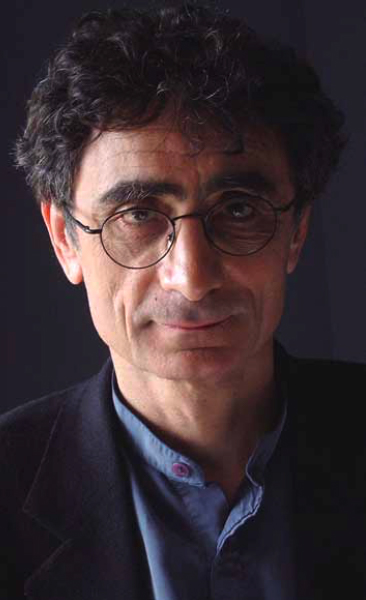 Renew:In light of the American Society for Addiction Medicine’s new definition of addiction as a primary disease, what do you think: Is addiction a disease or a choice?

Gabor Maté:Nobody ever wakes up and says, “My ambition is to become a drug addict.” And even the decision—if you can call it that—to try a drug doesn’t make you an addict. Because most people who try most drugs, even repeatedly, never become addict- ed. … The choice to become addicted isn’t one that anyone ever makes. The real question is: What makes some people susceptible? Why do some people repeatedly do a drug and don’t become addicted and some people do it once and become hooked?

Renew:Don’t you think there are any people who become addicted simply because of repeated exposure to substances? One reader said he’d like to challenge you to smoke crack cocaine for four days straight, then not smoke it the fifth day.

GM:But if I smoke it on the fifth day, that doesn’t necessarily make me an addict. What makes me an addict is if I then clean up and keep going back to it. Or if I never clean up.

If you took 100 people and gave them each five days of cocaine, only a certain percentage would become addicted. It only happens if they’re susceptible.

Renew:What would the ASAM definition include, if it were up to you?

GM:It would recognize the generational component, and it would not reduce it to just a physical disease of the brain. It would include the psychological qualities that are present or missing in the addict including the emotional pain. And also it would include a much broader view of addiction. It should include a whole range of other behaviors [besides sex and gambling]: eating, shopping, any number of behaviors. It’s a real step forward, by the way, this new definition. It’s just too narrow.

Renew:More about this “generational component” you talk about: A lot of people recovering from addiction are also recovering from growing up in a family affected by addiction. Take, for example, a woman who feels guilty that both her kids are addicts, and she feels as though her alcoholism caused their addiction—

GM:It would be true. Her alcoholism did cause their addiction—or potentiated it. That’s just a fact. But that fact and her feeling of guilt are two separate issues. And precisely the reason people sometimes have a hard time hearing what I’m saying is because they feel so guilty—they’d rather believe addiction is a genetic disease. Because at least that way, they’re off the hook.

So I would say to that woman: You know what, you told me right—your addiction really potentiated your children’s. There’s no way to get away from that. But you’re just a link in a chain. What potentiated your addiction? In other words, you’re not a separate person. You’re part of a multigenerational family system. And you’re part of a culture. And you’re simply transmitting what was transmitted to you.

Renew:Do you think addicts can truly recover? You’re a proponent of harm-reduction for a certain percentage of addicts.

GM:The answer is absolutely yes. Precisely because we’re not isolated human beings. It very much depends on a supportive context.

And if you talk to people who have made it, what was the one quality that was always there for them? Community.

As human beings, we’re biologically- neurologically wired to one another’s brains. If I were to adopt an angry expression and say something aggressive to you right now, your physiology would change immediately. We’re wired together—they call it interpersonal neurobiology. So recovery very much depends on the kind of support that’s available.

Having said that, I think that Twelve Step groups—there’s certain things they leave out, which I think is too bad. I mean, I think they’re great, which you know I say in my book. I support their work, but I think they’re missing precisely this piece of where it comes from. They’re very much caught in the disease [model] or choice or a combination. And they could promote more self-compassion than they do. It tends to be a bit of a self-flagellation routine.

Renew:What do you have to say about the scientists who are investing money into finding the drug that will cure addiction?

GM:No drug is going to cure addiction because the source of addiction is the brain’s interaction with the environment. The healing has to be much broader than changing the chemistry of the brain. You might come up with a better drug to help people manage their addictions—like they’ve come up with Suboxone, and that’s a step forward over methadone for some people. But all we’ve done is replace one addiction with another. Now that’s a good thing. I’m not against it; it’s harm reduction. But if we’re talking about curing addiction? They keep looking only at the physiology, and they don’t realize that the physiology reflects lifelong—including current—psychosocial experience.

Renew:I’m always curious why they don’t scan people who have recovered and see what’s going right.