We Are Not Alone

By Joe C.
Shake any family tree and a few addicts and alcoholics fall out of it. Yours and mine are no different. I’m an addict. I’m an adult child of an alcoholic. I’m a parent.
I think about what a minefield it is growing up today. What are parents to do in this age of easy access to mind-altering substances? Four out of five teens say they have friends who use marijuana regularly. If you are part of the 90 percent of us addicts, you got your start in your teen years. How does that make you feel if you have kids reaching that impressionable age? Or what about the kids who have crossed that line and suffer a substance use disorder?
The National Survey on Drug Use and Health reports that 10 million American addicts and alcoholics are in need of substance abuse treatment are between the ages of 12 and 29. If you’re not in a certain corner of the blogosphere, how would you know that prescription medicines are today’s most commonly abused drug among 12- and 13-year-olds. 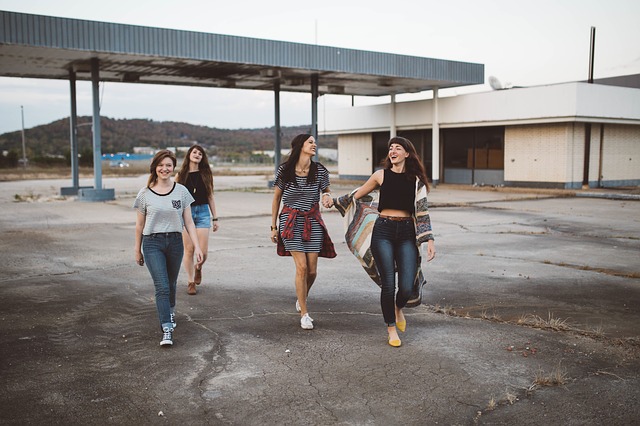 What could someone have said or done to prevent my teenage addiction? As a parent, I know I should say something, but what? “Do as I say, not as I’ve done,” can’t be very helpful.
Partnership for Drug-Free Kids pays special attention to these matters. Their studies have shown that, yes, it helps to talk to kids. Youth who are told about the risks of drugs by their parents are significantly less likely to use drugs, yet 20 percent of kids say that neither parent ever brought the subject of drug risks up.
Sean Clarkin, the executive vice president for research and external relations at the partnership, talks about their history and mandate. “In the early years, we were almost exclusively a public service advertising (PSA) campaign agency,” Clarkin says. “In a much simpler media world, we got a lot of visibility.”
The Partnership for Drug-Free Kids has racked up more than 3,000 PSAs in almost 30 years of being in business. This Is Your Brain On Drugs is so well known by all of us, it’s been an easy target for parody. But it did get kids asking themselves, and maybe one another, “Is a peak experience now worth the risk of frying my brain cells and compromising my quality of life in the long term?”
“By the mid-1990s, we moved beyond prevention messages, though we still do them,” Clarkin says. “We have to deliver more value to this new generation of parents and kids.”
Part of what Clarkin is talking about is the transformation of multimedia 20 years ago and a more fragmented target audience.
“With the help of top researchers, we started building a selection of best practices online for parents,” he says. “The message evolved from prevention to ‘Here’s where to find help if my kid’s experimenting with drugs’ to ‘Here’s where to go for teen treatment’ to ‘Here’s what I need to help support my child in recovery.’ Today, there are helplines answered by masters of social work helpers who really listen and try to help mothers and fathers make plans to help their children.”
Responding to an unmet need, the Partnership for Drug-Free Kids discovered that parents want to talk to other parents who have been there before. The organization started pairing up overwhelmed parents with those who had lived through it. Because there was such enthusiasm for this, the Partnership for Drug-Free Kids offered coaching to peer-to-peer counselors.
Offline resources started to enhance the online offerings. “We characterize it as a combination of head and heart,” Clarkin says. “We have these evidence-based techniques, but there is also this empathy and understanding that we have seen to really help motivate parents. In many cases, parents are opening up to new ideas, and it’s transformative.”
In a way, the tough love, “Don’t kill your kids with kindness” approach brought the war on drugs to targets at our own kitchen tables. The Partnership for Drug-Free Kids offered alternative ways to help parents reward positive behavior in kids and find ways to compete with the child’s substance in a way that strengthens the family dynamic.
So today there are a number of multimedia messages targeting parents and teens — both with very separate messages. Check YouTube for youth messages called Live Above the Influence.
Here’s the No. 1 thing I wanted to ask the man who oversees both research and messaging: If my kids know about my reputation, how do I have any credibility cautioning them against falling prey to the perils I suffered through? How could I have any credibility as a recovering addict?
“First of all,” Clarkin says, “not enough is known about the risks inherent with drugs and drinking. Every parent ought to inform kids of the percentages of youth death and disability caused by substance use. Next, there is the confounding reality that some people can use drugs and never become addicted, yet for others, after a few tries, they become enslaved to a life-long behavior — and a damaging one. What a parent in recovery can say is, ‘You’ve got one of the major risk factors for kids experimenting. Look at your family. You are genetically predisposed to addiction. Maybe you won’t have a problem, but the odds aren’t in your favor. Not that I want to be a jerk, but you and I know that you aren’t like all other kids. So, wouldn’t you agree that in our family, we have to be more cautious?’”
Hey, I wish I said that. Maybe next time I will. We are not alone as addicts and alcoholics, and I almost felt silly realizing I wasn’t alone as a parent concerned about children. DrugFree.org is a place that any parent or grandparent ought to visit. For addicts like you and me, it’s an owner’s manual for parents in recovery.
Joe C. is a radio host; music, finance and recovery columnist; and author of Beyond Belief: Agnostic Musings for 12 Step Life (Rebellion Dogs Publishing, 2013). Joe can be reached at [email protected]

A Family's Roller Coaster Ride Begins to Slow
10 Basics to Weave into Addiction Discussions with Your Children
PACT360 Aims to Connect, Take Action Against Substance Abuse