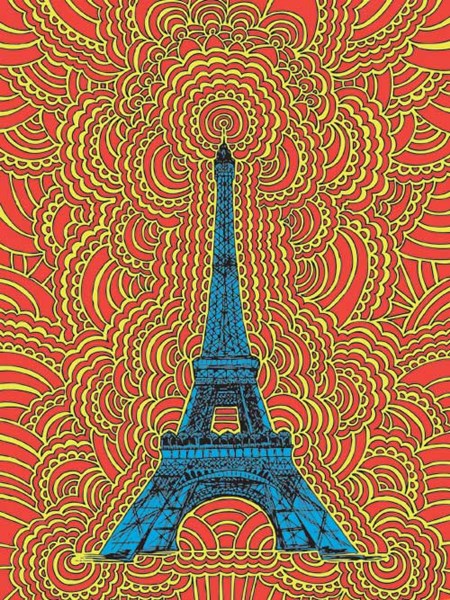 A few years ago I asked what tool or symbol I needed to become more grounded. I went on a sacred journey and was mindful of being detached from what I might discover. The image I continued to get was the Eiffel Tower. I began to question myself. I absolutely love Paris, yet I began to question my process—really, the Eiffel Tower? At first I thought, Of course, it is because the Eiffel Tower was first laughed at and not wanted by a lot of the Parisian people. I related to that well. Being original often leads to a lot of laughter, nonacceptance, or bullying from others. I knew that path all too well.

And in that moment I got it: the Eiffel Tower has four legs that keep it centered and grounded. For me these four legs represented the emotional, mental, spiritual, and physical expressions of myself. When I am balanced in these four areas, my signal and intuitive powers are immense. Thus, the Eiffel Tower became a strong and sacred totem for me, and many images of it grace my home to remind me of the necessity and the benefits of being grounded and centered.

These symbols come to us when we ask for them, and they are uniquely designed to serve us by making a deep connection with us.

Excerpted from When Did You Die?: 8 Steps to Stop Dying Every Day and Start Waking Up by Temple Hayes